Most people do not give too much thought to using a key to lock their doors as it is so commonplace. With the history and use of lock and keys over the centuries, we at First Lock & Security Technologies would like to offer some interesting facts surrounding locks and keys.

Only the wealthiest members of society could afford to own locks and keys. Padlocks were fashioned after animals, including goats and fish in China for the emperors and other members of nobility.

Keys Were a Status Symbol for Viking Women

Married women held the responsibility of being keepers of the family keys among the Vikings of yore. To reflect their power, many wore their status proudly and the keys were sewn into their dresses.

With the allure of old keys and locks, many people enjoy collecting them, especially particular types. Prison locks, military keys, and intricate puzzle locks are among the most favored.

To deter thieves from picking locks, locksmiths scrambled to find ways in the 19th century. Innovations in lock-and-key designs were the result, which are still used today.

Securely kept at Fort Knox is a significant portion of the United States’ gold reserves. Being one of the most secure buildings in the world, the staff has use codes that continually change.

Believed to be over 4,000 years old and discovered in a cave located in Ancient Egypt is one of the oldest locks ever found to date. Historians surmise that ancient Egyptians developed the first locks.

Knots in ropes, especially among sailors, were used to guard against tampering and it indicated when someone did try to meddle.

Not only did locksmiths install early locks, but they handcrafted them as well. Apprenticeships are still viable in the locksmith industry. To learn the ins and outs of security systems many promising lock-and-key specialists first undergo an apprenticeship to become gifted locksmiths.

People entrusted their keys to a designated key keeper in many towns during medieval times. The townspeople had a special guard who was the keeper of all the keys instead of keeping their own keys to their homes.

Locks were not made of metal and centuries ago, they were constructed from wood.

Until 1917, keys were made to be unique, then key duplicating was devised. To cut a blank key into the same shape as the original, a wheel was used.

Around 1857 was when the first combination lock was made. An American locksmith and businessman born in Vermont named James Sargent invented it. Still operating today, in 1865 he established the Sargent and Greenleaf lock manufacturing company

Guards partake in the ritual of locking the tower doors known as the Ceremony of the Keys that takes place every night at the Tower of London in England.

Today, the most advanced key and lock systems including smart keyless door locks, lockable thumbturn style deadbolts, mortise locks and more. When you need a reliable locksmith expert, call First Lock & Security Technologies and let our certified specialists assist you with your lock and key needs. 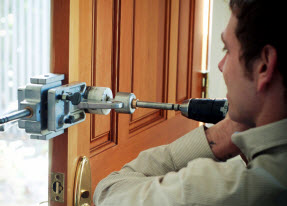 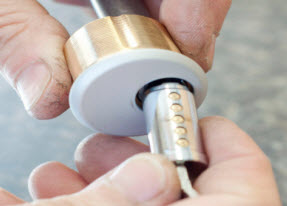 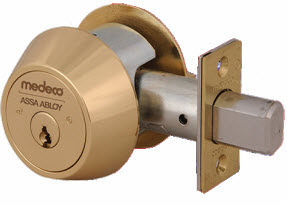 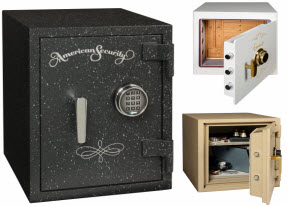